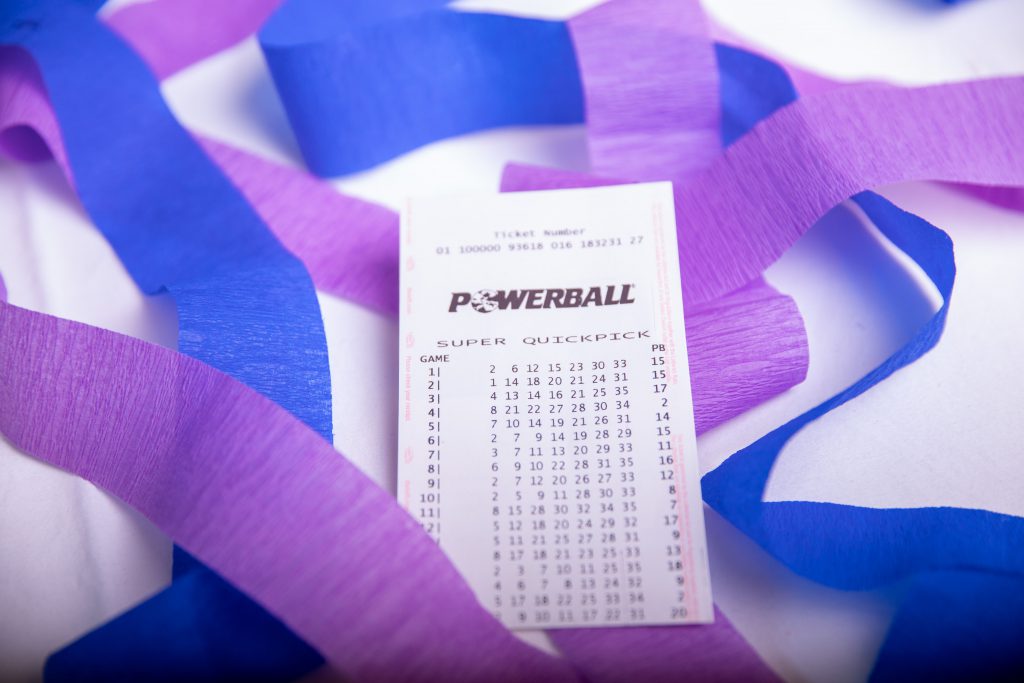 Western Australian walks away with $80 million Powerball prize Powerball soars to a gigantic $80 million – the equal biggest jackpot of 2021!

“This is bloody unreal!”: Brisbane man floored by $60 million Powerball phone call Powerball surges to $60 million for Thursday’s draw… but have you already won division one?

The Mornington Peninsula family held the only division one winning entry across Australia in Powerball draw 1260, drawn Thursday 9 July 2020. They take home the entire division one prize of $80 million.

They share the title of Australia’s third-biggest lottery winner.

The multi-million-dollar winning entry was not registered to a Tatts Card, which meant officials from the Lott had no way of contacting the winner to break the incredible news. Instead, they had to wait for the ticketholder to come forward.

Speaking to an official from the Lott this morning, the Dromana couple admitted they were still wrapping their heads around their good fortune.

“Thank you very much! You know, you just saying that we’ve won $80 million has made it start to sink in that it’s really true.

“Even though I’ve scanned that ticket so many times, thank you for saying that. “I’m a bit shaky. I’m having this conversation, but I’m thinking I might wake up and it was all a dream. I’m moving around normally, but nothing is really sinking in right now!”

The couple explained how they came to discover their multi-million-dollar fortune.

“We don’t play each week, but we do like to play, especially Powerball. You can only try. You’ve got to be in it to win it,” the woman explained.

“With everything else going on at the moment I didn’t remember to check my ticket on Thursday night as I would usually do, so I only checked the ticket late last night.

“I was sitting there and I had bought two tickets with my husband, and I said ‘I haven’t checked those tickets yet’.

“When I scanned the first one on my phone, it said ‘no win’. I did the next one, and there was confetti all over my phone.

“I said ‘I think I’ve won something’.  So other members of the family started scanning the ticket and nothing was sinking in. I just didn’t believe it.

“We were stunned, excited, in disbelief, surreal, just everything!  I won’t forget that moment!

“I’ve been safeguarding that ticket ever since. The ticket came to bed with me last night.

“I even scanned it again this morning, and the confetti was still there so it must be true.”

As for how they will enjoy $80 million, the couple said plenty of ideas had already sprung to mind – from a new home to holidays – but they wanted to remain grounded.

“We’re happy, excited and shocked. We’re throwing ideas all over the place and I’m just thinking ‘let’s wait until we see the money in the bank account’,” the woman laughed.

“I really thought I would be waking up from a dream about now.

“When it passes, we’ll be ready to enjoy the prize.  It gives us enormous peace of mind and freedom. There’s lots to worry about at the moment, but we don’t need to worry about money any more.”

“Wow! That’s just great! What a great win!” he exclaimed.

“We’ve sold a few division one winning entries in the past, but it’s been a few years since we’ve had a win.

“We’ve never had a win as big as this! Our previous largest win was $1 million, so this certainly blows that out of the water.

“We are absolutely thrilled for our customer. Enjoy that prize!”

It’s the sixth Powerball division one win across Australia so far this calendar year.

Across Australia, there was only one division one winning entry in Powerball draw 1260 – the entry from Victoria.

The Lott’s division one winning tally has now reached 205 so far this calendar year.

In 2019, 14 Powerball division one winners across Australia pocketed more than $541.87 million in prize money.

During this time, the biggest individual Powerball prize was $107,575,649.08, which was won by a Sydney healthcare worker on 17 January 2019. Her windfall set a new record for Australia’s biggest individual lottery winner.  In 2019, Powerball offered a $150 million jackpot, the largest ever offered by an Australian lottery game, which was shared by three division one winners.

Of the 14 Powerball division one winning entries in 2019, five landed in New South Wales, four in Queensland, three in Victoria and two in South Australia.

Western Australian walks away with $80 million Powerball prize Powerball soars to a gigantic $80 million – the equal biggest jackpot of 2021!

“This is bloody unreal!”: Brisbane man floored by $60 million Powerball phone call Powerball surges to $60 million for Thursday’s draw… but have you already won division one?