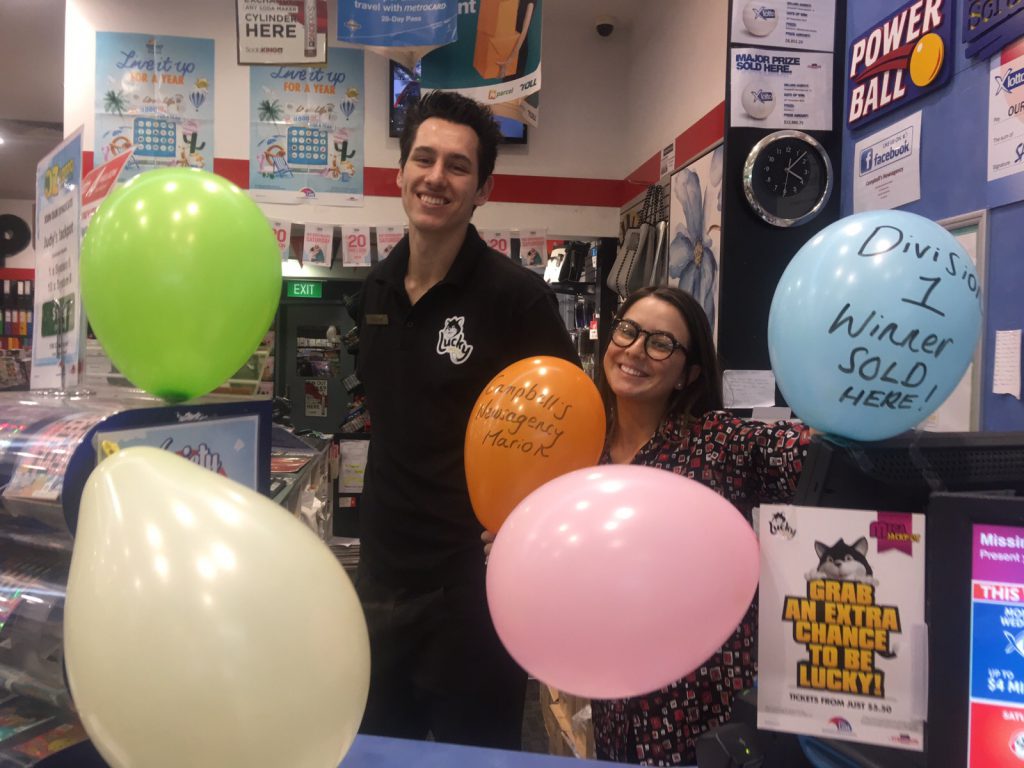 The matriarch of an Aberfoyle Park family has confessed she is still coming to terms with the news their three person family syndicate won over $447,000 in the weekend’s Saturday X Lotto draw.

The private syndicate held one of the ten division one winning entries nationally in Saturday X Lotto draw 3919, drawn Saturday 9 February 2019. Each entry took home a division one prize of $405,890.35.

Speaking with a SA Lotteries official this morning to confirm their win, the syndicate leader revealed her family syndicate consisted of herself and her two children.

“I’m still coming to terms with it!” she exclaimed.

“I was actually watching the draw on Saturday night and I saw my numbers come up.

“It was lovely to actually see them roll in!

“We have this ticket as part of the family syndicate of myself and my two daughters.

“We take it in turns to buy the ticket and this week it was my turn!”

When asked how she planned to spend her share of the syndicate’s windfall the happy woman revealed her beloved family would be at the top of her Lotto List.

“I don’t really know how I will spend it!” she confessed.

“My daughter has asked me how I will and I just don’t know.

“I have two other children that don’t participate in the syndicate so I’m sure we will be sharing it with them.

“We’ve won about $5,000 on this ticket before and last time we shared it with them too so I’m sure we will treat them and the rest of the family as well.”

“We’ll be celebrating in store with balloons and signs up all over!” she exclaimed.

“We think our customers will be very eager to find out we’ve sold a winner.

“We have sold around four division one winning entries in the last 12 years with the last one in December 2016.

“We want to wish the winners all the best with their prize and we are so glad we were able to make their dreams come true!

“Let’s hope there are many more division one winning tickets sold at our store in the near future!”

Across Australia, there were 10 division one winning entries in Saturday X Lotto draw 3919, including three in Queensland and Western Australia, two in Victoria, and one each in South Australia and New South Wales.

The Lott’s division one winning tally has now reached 236 so far this financial year, including 19 won by SA Lotteries customers.

In the 12 months to 31 December 2018, there were 280 division one winning Saturday X Lotto entries across the Lott’s jurisdictions, which collectively won more than $306.19 million.