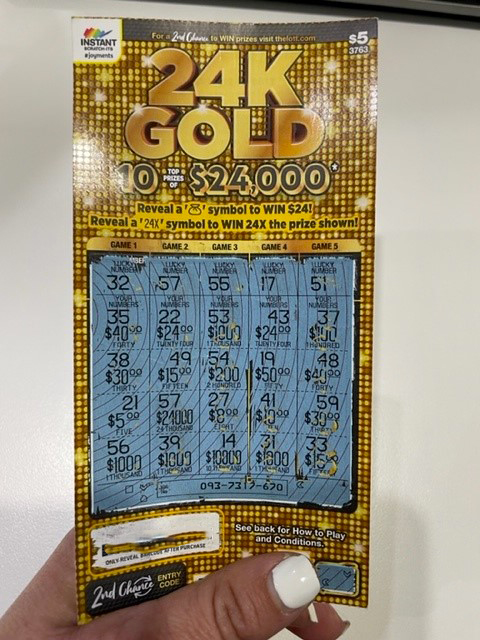 An Elanora Heights family confess they almost gave away the Instant Scratch-Its ticket that held a $24,000 prize.

“It was a bit of a surprise!” the Sydney mum laughed.

“We bought the ticket ourselves. We actually bought a bunch of Instant Scratch-Its tickets to give to others for Christmas – it’s a bit of a tradition we have.

“This one was left over, so we scratched it on Christmas Day!

“The gods were smiling on us. We were very fortunate.

“We had to read the instructions a few times to check and double-check that we’d won it. We didn’t want to get too excited until we could confirm everything.

“But with all the public holidays this week, we had to wait a few days until we could come in to claim the prize.

“We’re going to share a bit with everyone in the family, put some away for a rainy day and put some towards a new car.

“It’s put a big smile on all our faces.”

In FY21, there were 176 Instant Scratch-Its top prize winners across The Lott’s jurisdictions who collectively took home more than $14.17 million in top prizes.