Visit thelott.com
Home / Media Release / Epping woman’s stomach flipping around and around thanks to TattsLotto win

Epping woman’s stomach “flipping around and around” thanks to $2.5 million TattsLotto win 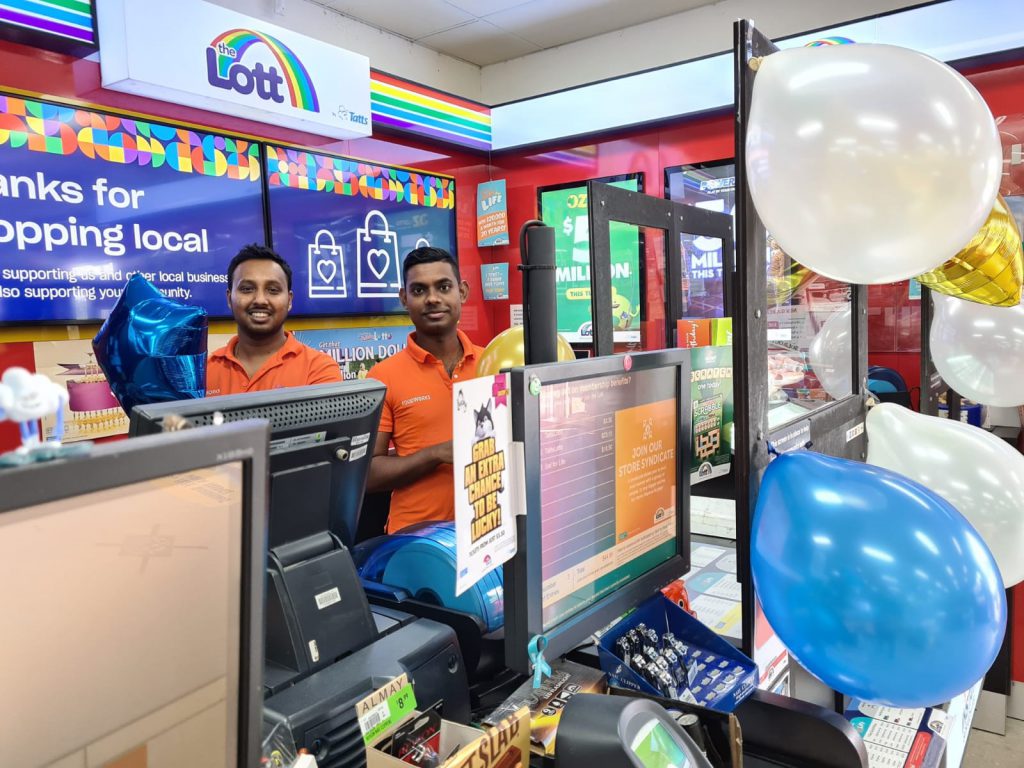 An Epping woman has revealed her stomach has not stopped “flipping around and around” since she discovered she scored a $2.5 million division one prize in the weekend’s $20 million TattsLotto Superdraw .

The happy winner held one of the eight division one winning entries nationally in TattsLotto draw 4129, drawn Saturday 13 February 2021. Each entry takes home a division one prize worth $2.5 million.

Sharing her excitement with an official from The Lott this morning, the happy woman recounted the moment she discovered her life-changing win.

“I found out last night, and I haven’t been to sleep since!” she laughed.

“My stomach has been flipping around and around all night.

“I forgot to check my tickets until last night. My husband was already asleep in bed, and I had to wake him up to tell him the news.

“He kept saying, ‘you’re pulling my leg!’. He was still half-asleep.

“I said, ‘no, it’s true, we’ve won TattsLotto!’ and I made him check the winning numbers on The Lott app while I checked my ticket.

“We’ve never won anything like this, but we play every week.

“My husband usually buys our entry at the same place , and I only buy an entry once in a blue moon.

“He’s a bit gutted he wasn’t the one who bought the winning ticket but lucky for him I’ll share it with him.

“I guess after 30 years of marriage I’d better!”

When asked how she planned to enjoy her multi-million-dollar windfall, the thrilled winner said she would be able to realise her long-held dream of travelling around Australia in a caravan.

“The first thing we’ll be doing is getting ourselves a brand new home!” she declared.

“I’ve just retired, and my husband was thinking about doing it in the next couple of years, but now I think he’ll be doing it much sooner.

“While we are building another house we’ll travel around Australia.

“I’ve always wanted to get the car and a caravan and just go everywhere — all the way up north and all the way around. We’d thought we’d only be able to go for three months and we’d have to hire a caravan.

“Now we’ll be able to buy a brand new one and go for as long as we like!

“We’ll be able to relax knowing we will be looked after into our retirement.”

Foodworks Dalton Village owner Lasanta Fernando said he was thrilled to have sold a division one winning entry.

“This is going to be my best story for the year!” he exclaimed.

“We’ll be celebrating the milestone in store this week with balloons and decorations.

“Our customers will be very happy for us and hoping they are our next winner.

“We are so proud of the win, and hopefully we can sell many more division one winners in the future to our wonderful, loyal customers.

“This is the first time we’ve sold a division one winning entry since we took ownership of the store, so we are thrilled.

“Congratulations to our winner! We wish her the best with her prize and wish her a wonderful future! We hope she enjoys every moment of her win!

Across Australia, there were eight division one winning entries in TattsLotto draw 4129 – two each from Victoria, New South Wales and South Australia and one each from Queensland and Western Australia.

The Lott’s division one winning tally has now reached 282 so far this financial year, including 113 won by Tatts customers.