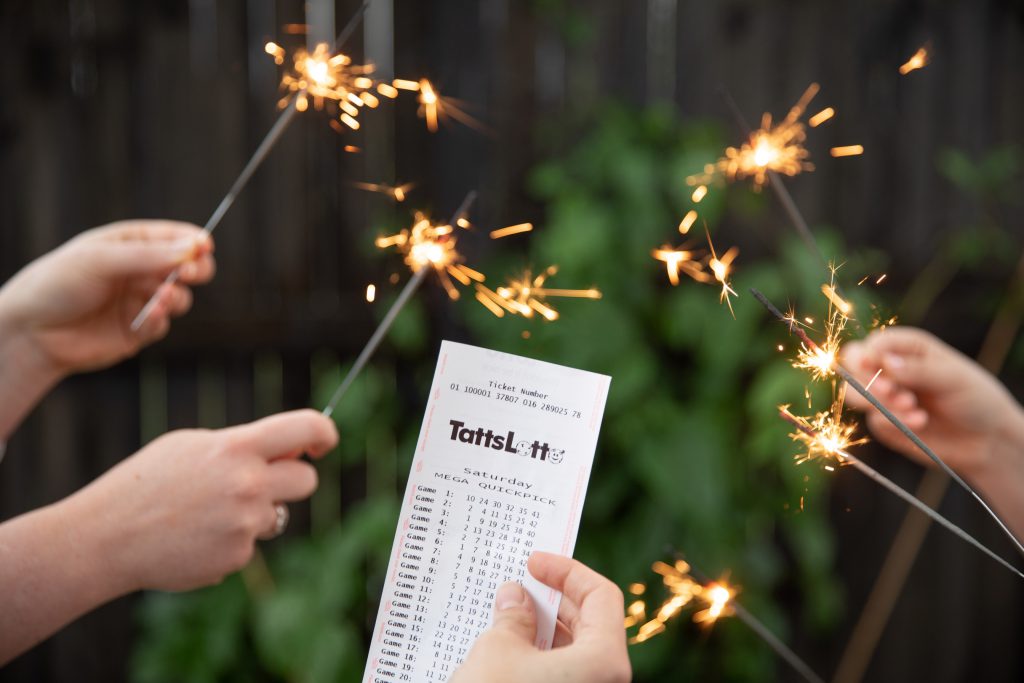 A self-described “completely normal” Frankston couple have been caught off guard by their new millionaire status from scoring division one in the weekend’s TattsLotto draw.

Sharing their excitement with an official from The Lott this morning, the Melbourne woman admitted she was enraptured by their division one win.

“We only found out yesterday morning when we checked our ticket on The Lott app.

“I thought it must be a mistake! I was crying my eyes out!

“You always dream of winning division one but you never really think it will happen to you.

“Honestly, I have felt every emotion you can think of since we found out.

When asked how they planned to enjoy life as millionaires, the Victorian duo said they needed to let the news sink in, but they did have a few ideas.

“We have always dreamt of owning our own house, but never had the chance to,” she continued.

“So the first thing we will do is buy ourselves our dream home!

“The rest will most likely go to the kids and a few holidays.”

Towerhill Lotto owner Alan Anderson said he was thrilled to add another division one prize to his list of wins.

“We can’t believe we have sold three division one winning entries in the last 12 months,” he elucidated.

“We are in celebration mode and are putting up balloons and posters and sharing the news with our customers.

“Our customers love when they hear a local scored the big one!

“It’s a great feeling to sell someone a division one winning entry and  make their dreams come true.

“Selling a division one winning entry is definitely the best part of our job, especially given the past 12 months we’ve all had.”

Across Australia, there were five division one winning entries in TattsLotto draw 4147 – three from Victoria and one each from New South Wales and Western Australia.

The Lott’s division one winning tally has now reached 338 so far this financial year, including 135 won by Tatts customers.