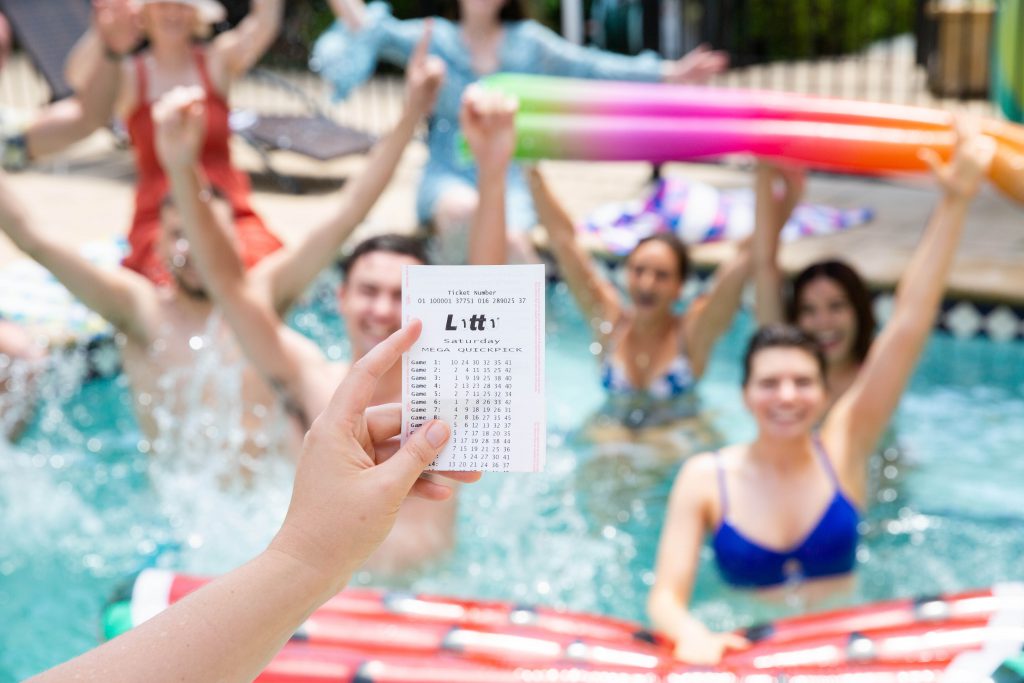 A Hammondville woman says she thought she was dreaming when she checked the winning Saturday Lotto numbers early on Sunday morning and realised they were the exact ones she’d been playing for decades.

Confirming her win with an official from The Lott this morning, the dazed winner said the news was only just starting to sink in.

“Thank you very much,” she laughed.

“That’s just so much! I can’t believe it.

“I looked up the winning numbers very early on Sunday morning and I recognised them immediately as the numbers I’ve been playing for about 30 years or more.

“I’ve been marking my entries with family birthdays and other special numbers for decades.

“I was so tired and half asleep, I literally thought I was in a dream! I was in such a daze.

“My heart was pounding and my hands were shaking.  It was unbelievable.

“For some crazy, hopeful reason I always thought one day those numbers would win me the lottery and now they have!”

Despite spending Sunday contemplating what she’d do with her Saturday Lotto fortune, the woman said she hadn’t made any solid plans.

“We spent the weekend tossing up ideas on what we might do with our prize,” she explained.

“We haven’t settled on anything definite just yet, but I am sure it will go towards paying off the mortgage and holidays in the future and things like that.

IGA Hammondville owner Iftkhar Khan said it was great news that a big win had landed in the region.

“It will be the talk of all our customers and it’s great to see the winning hype. I’m sure many customers will be hoping the next big win is theirs,” he said.

“We’ve had some big winners over the years but we never tire of having another one. A big win like this really puts you on the local map.

“We really wish the best for the winner. Enjoy your prize!”

Across Australia, there were 19 division one winning entries in Saturday Lotto draw 4117 – six from Victoria, four from New South Wales, three each from South Australia and Western Australia, two from Queensland and one from Tasmania.

The Lott’s division one winning tally has now reached 227 so far this financial year, including 62 won by NSW Lotteries customers.

During this time, there were 312 division one winning in Saturday Lotto entries across Australia, which collectively won more than $355.13 million.