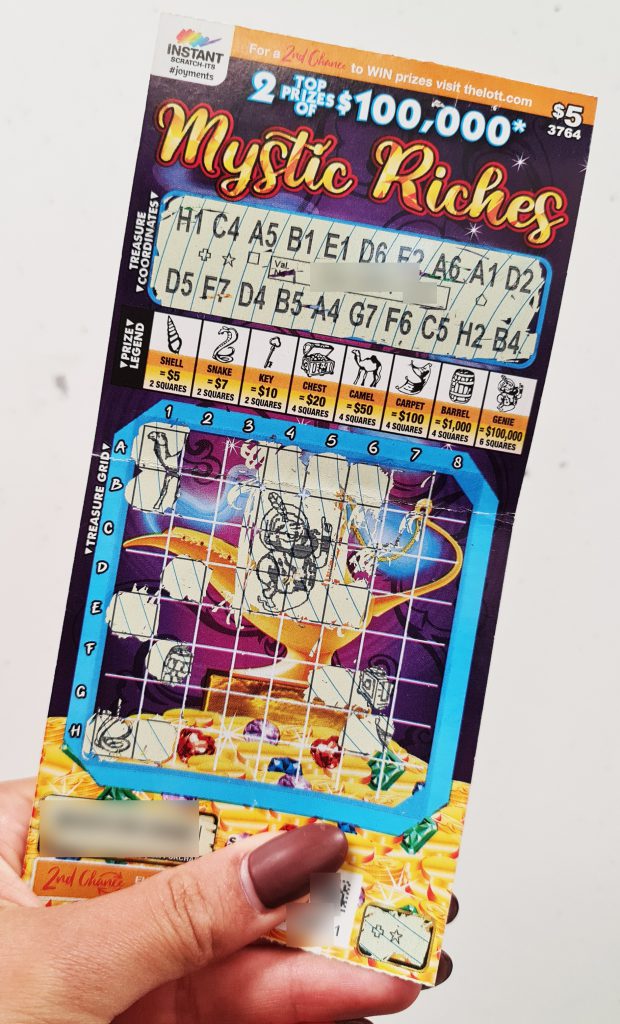 A Logan retiree has vowed to spend plenty more time on the water fishing in his new boat after catching a $100,000 Instant Scratch-Its prize.

Sharing his excitement with an official from The Lott this morning, the winner explained he still couldn’t quite believe his good fortune.

“I buy a scratchie every now and again when I’ve got coins on me and I bought this one and went home and scratched it,” he explained.

“When I went back to the newsagency they told me the prize was too big for them to pay out.

“I couldn’t believe it. I was so excited and so happy!

“I can’t believe the odds were in my favour. It was amazing.”

When asked how he planned to enjoy his instant windfall, the avid fisherman had one thing on his mind.

“I haven’t decided just yet,” he explained.

“I’m still thinking about it.

“But I do know one thing for sure, I’m buying a new boat to go fishing!

“I’ll be spending plenty of time relaxing and fishing!”

“It’s so exciting to see this incredible prize go to one of our regular and loyal customers,” he said.

“He was so excited when he came in holding the winning ticket and he’s very deserving of the win.

“We’re so happy to see him win this life-changing prize on a ticket he bought with the loose change in his pocket.

“We’re so happy for our winner and we hope this is the beginning of many more wins for our customers!”

Between 1 July 2019 and 30 June 2020, there were 151 Instant Scratch-Its top prize winners across The Lott’s jurisdictions who collectively took home more than $11.8 million in top prizes.