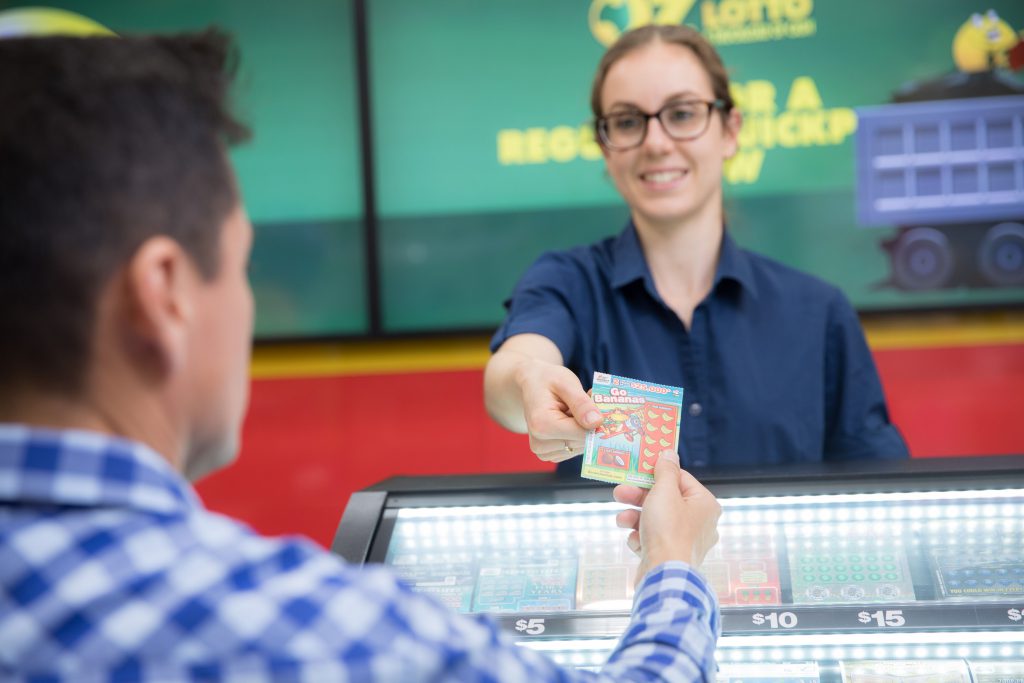 A Melton woman is feeling shocked and overwhelmed after scratching one of the top prizes of $50,000 on a $4 Instant Scratch-Its ticket – for the second time in three years.

Speaking with an official from the Lott this morning, the overjoyed winner recounted the moment she discovered her second life-changing win.

“This is the second time I’ve won $50,000 on an Instant Scratch-Its ticket!” she exclaimed.

“The last time was three years ago when I bought a $4 ticket on my late mother’s birthday. Since then, I have bought $4 tickets every week.

“I had a feeling back then that I would win something and I had the same feeling this time.

“I was just sitting at home scratching it and I said to my partner ‘I feel like I am going to win a prize again soon’, not thinking it would be another top prize.

“I scratched the ticket and saw that I had all the numbers and I couldn’t believe it! I was just so shocked!”

When asked how she planned to enjoy her second instant windfall, the happy winner revealed she had some humble plans.

“I think I’ll buy a new washing machine and new microwave, and then leave the rest in the bank,” she declared.

“I might look at going on a holiday to Fiji once the borders open. Hopefully, we won’t have too long to wait.

“Otherwise I will just leave it in the bank and wait to decide how to use it. We are in no rush.

“Knowing that the money is in the bank makes it much less stressful with everything that is going on at the moment.”

“We are on a winning streak! This is the fourth major Instant Scratch-Its top prize we’ve sold and one of the biggest!” he exclaimed.

“It is also the second major prize we have sold this year after we sold a division one prize in January.

“Over the past decade, our outlet has sold 41 major prizes from lottery games and Instant Scratch-Its tickets.

“We definitely have a reputation as a lucky store.

“We are thrilled and extremely happy for our customer who hit the top prize.

“We wish them all the best and we hope there are more major prizes coming our  way for our customers!”

In 2019, there were 199 Instant Scratch-Its top prize winners across the Lott’s jurisdictions who collectively took home more than $9.7 million in top prizes.