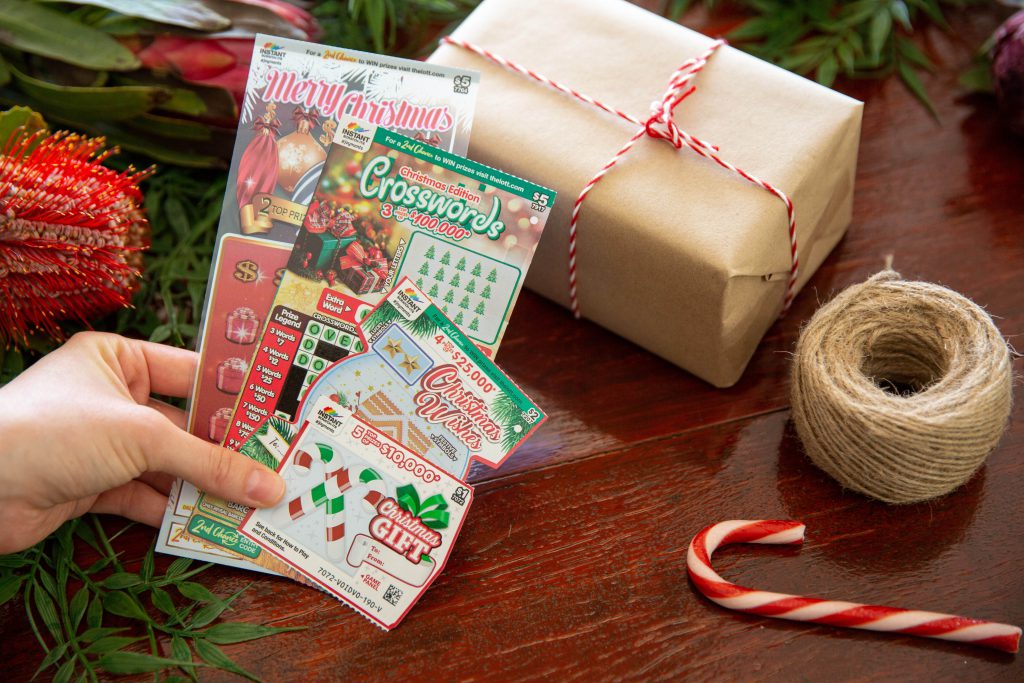 A Rochedale man admits he purchased a Christmas Instant Scratch-Its ticket outside of the festive season as a joke to make his wife laugh, but he never imagined that it would deliver a $25,000 win.

Sharing his joy with an official from The Lott today, the regular player described the moment he discovered the little ticket held a big prize.

“I purchased the ticket as a bit of a joke,” he explained.

“I thought it was funny that there were still Christmas tickets available, and so I bought one for my wife just to make her laugh.

“Funny enough though, I actually scratched the ticket myself. I couldn’t believe it when I saw we’d won the top prize!

“I handed it straight to my wife and said it was for her and she just looked at me, shocked.

“We were blown away!

“I didn’t think it could be real. We checked the ticket so many times to be sure.

“We’re planning to go out for a special dinner, in a really nice outdoor location, to celebrate. We want to feel like winners!”

When asked how they planned to enjoy their prize, the Brisbane couple said they had one thing in mind.

“We really want to do a big road trip throughout Australia,” he declared.

Luck Lifestyle owner George Iacovou said he was ecstatic to have delivered a top prize win to one of his customers.

“We’ve only been open for about a year and a half. In that time we’ve sold some good prizes, including a division two win in Lotto and now this top prize!

“Hopefully, this is a bit of a winning streak for us.

“We really love delivering wins to our customers, especially in these chaotic times.

“Hopefully, this win can make a difference to this couple’s life and put a smile on their faces.”