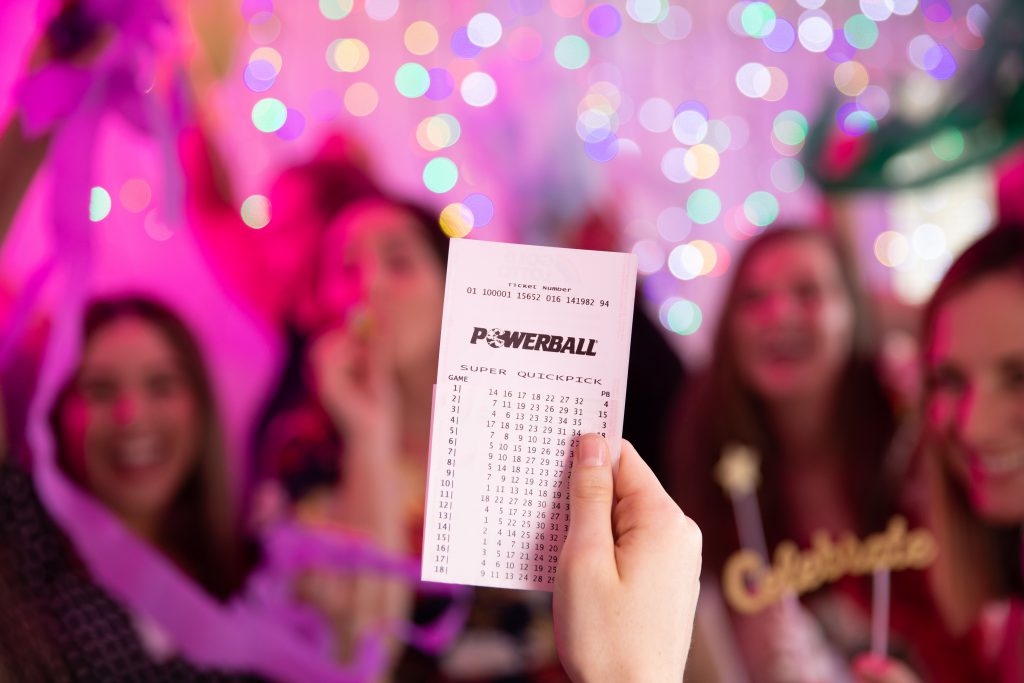 It will be a sleepless night tonight for some Townsville locals who've just received the life-changing news they’ve each taken home a share of tonight’s $60 million Powerball prize.

The players were part of a 10-share store syndicate that held the only division one winning entry in tonight’s Powerball draw 1311, drawn Thursday 1 July 2021.

Each member of the syndicate takes home a $6 million share of the division one prize.

One Townsville man was busy watching the football when a lottery official rang him this evening with the multi-million-dollar news.

“If it was raining movie stars, I’d end up with Lassie!

“Can I just write that down that amount?

“You just ruined my good night’s sleep, but I think I can live with that.

“Put it this way, my children and grandchildren can live a very comfortable life now!”

Another of the North Queensland winners took great delight in breaking the news to her husband in the neighbouring room.

“Oh my god!” she cried with happiness.

“You have no idea! I’ve got kids, grandkids, a beautiful husband, and a mortgage.

“My husband’s looking at me shaking his head. He doesn’t believe me.

“I buy syndicate entries, especially for the big jackpots.

“My kids said to me today ‘if anyone’s going to win Powerball, it’s you!’.

“You just made me the happiest person in the world.”

One of the syndicate members plans to use his $6 million portion of the prize to retire earlier than planned.

“When I heard the phone ring, I wondered who was calling this late.

"This is just excellent!  You’ve astounded me.  I might go have a beer to celebrate!”

A Kirwan couple plan to settle in for late-night scotch to digest the life-changing phone call.

“Are you fair dinkum?” the couple questioned.

“Honestly? Honesty? I think someone must be pulling my leg!” the husband continued.

“I cannot believe this.

“I think I may have just retired.

“We don’t usually buy syndicate entries, I’m not quite sure why we decided to!

“You have just made our life. Thank you very much!”

“What’s even better is that it’s has been shared by 10 players. Sharing it around is just amazing!

“It’s great to have some good news to talk about!”

The Lott spokesperson Matt Hart said some of the syndicate shares were unregistered and encouraged people to check their Powerball tickets.

“There could be a few people waking up tomorrow morning and going about their day with no idea they’ve just won $6 million.

“If you purchased a syndicate entry from Nextra Willows News, make sure you check your tickets today!”

Across Australia, there was one division one winning entry in Powerball draw 1311 – the syndicate entry from Queensland.

In addition to the division one winning syndicate entry, there were a total of 1,764,120 prizes worth more than $31.9 million won in divisions two to nine in tonight’s draw.  Among those winners were 24 division two winners who each take home a prize worth $36,838.90.

The Lott’s division one winning tally has now reached 220 so far this calendar year, including 57 won by Golden Casket customers.

In the 12 months to 30 June 2021, 17 Powerball division one winners across Australia pocketed more than $519.8 million in prize money.

During this time, Powerball twice offered an $80 million jackpot – the biggest prize offered by any Australian lottery game.

Of the 17 Powerball division one winning entries in FY21, 10 landed in New South Wales, five in Queensland and two in Victoria.