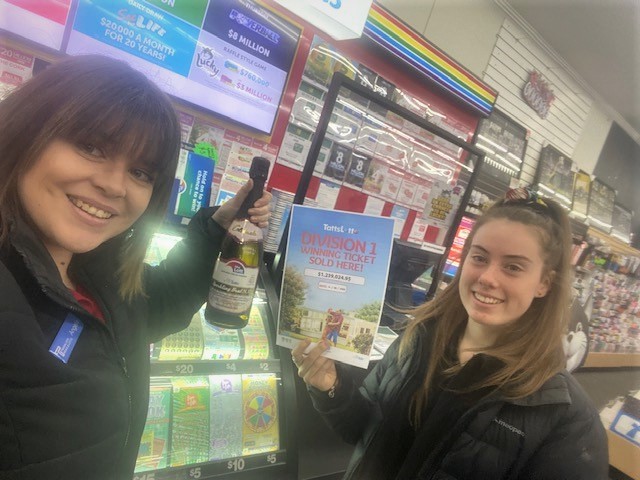 A Traralgon woman is planning on hitting the roof, but for a good reason, after scoring a division one prize worth over $1.2 million in Saturday’s TattsLotto draw.

The thrilled winner held one of the four division one winning entries nationally in TattsLotto draw 4057, drawn Saturday 6 June 2020. Each entry took home a division one prize of $1,239,024.95,

As well as winning the coveted division one prize, the happy winner’s marked System 7 entry also scored her division three 6 times, bolstering her total prize to $1,243,698.05.

Speaking to an official from the Lott this morning, the thrilled winner explained how she came to hold the winning numbers.

“I checked the numbers on Saturday night, and the minute I saw them I knew I had won,” she explained.

“I’ve been playing those numbers for about 40 years! They are birthday numbers of me and my partner, my children and then once the grandkids came along I added those numbers in too.

“That’s how I knew them as soon as I saw them. I’d know them anywhere! It’s been a long time coming.

“I’m still processing the news at the minute. It’s been hard to keep the smile off my face!”

When asked how she planned to enjoy life as a newly-minted millionaire, the happy winner revealed she knew exactly how she would spend her windfall.

“I can get our leaky roof repaired!” she declared.

“It’s been on the top of my to-do list for a while, so this win has come at a great time.

“We desperately need to do some renovations around the house first, and then we’ll think about how we’ll enjoy the rest.”

Traralgon Newsagency and Lotto manager Angela Temple said the team at the outlet had been celebrating the division one winning news all weekend.

“We’ve put up posters and balloons in the store and are letting all of our customers know the exciting news,” she exclaimed.

“Every customer I’ve told this morning has been very excited for our winner.

“This is the 49th division one win we have sold over the years. The last was in February 2019.

“The whole team send the winner our congratulations. We hope that she enjoys her prize.

“It’s fantastic news, not just for the winner but also our whole town. Especially with everything going on at the moment. It’s great to have something exciting to celebrate!”

Across Australia, there were four division one winning entries in TattsLotto draw 4057 – two from New South Wales and one each from Victoria and Western Australia.

The Lott’s division one winning tally has now reached 158 so far this calendar year, including 58 won by Tatts customers.