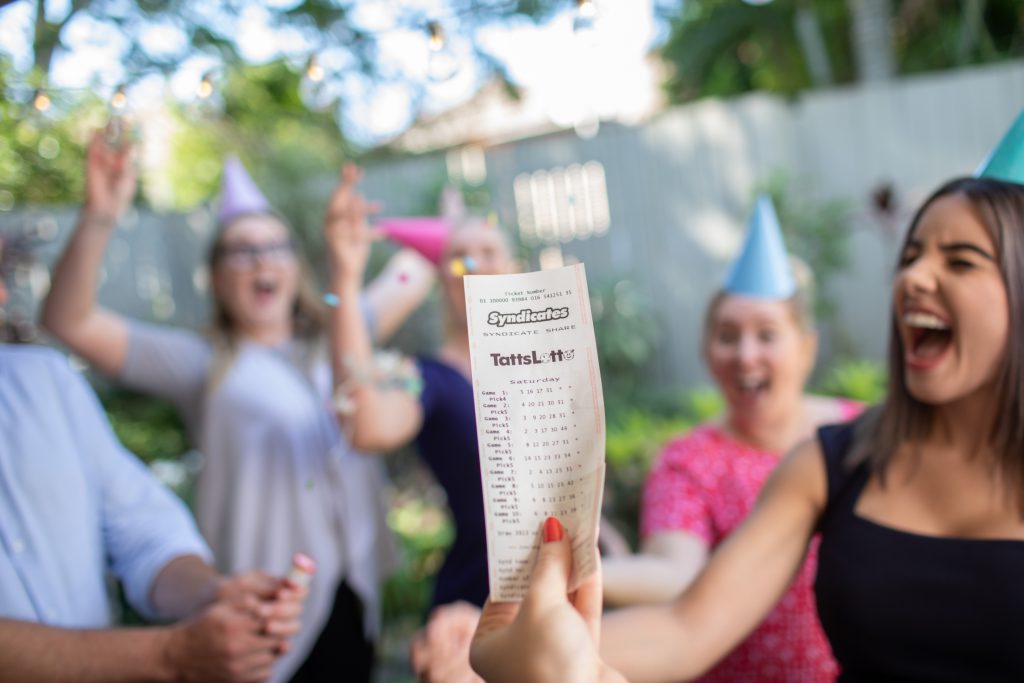 It might be wet and gloomy in Morwell this week, but thanks to a $3.3 million division one syndicate win, 10 locals have found a way to make it a lot brighter.

So far in 2021, there have been seven division one wins land in the Gippsland region worth more than $9.8 million.

Morwell Lottery Centre owner Ray Burgess said he was thrilled 10 of his customers would be sharing a division one win.

“It’s sensational! Especially because it’s not just one of our customers who have won, but 10 who will be sharing this amazing prize,” he explained.

“The majority of these winners are locals and regulars and so this just makes us so happy.

“We’ve been delivering this exciting news to many of the syndicate winners this morning. They have all been absolutely blown away by the news and no doubt will plan a group celebration.

“Some of them have shared that they’re going to pay off their mortgages, buy new vehicles, or help their family. While some are too shocked to know how they’ll spend any of it!

“Regardless of how they choose to enjoy it, we are just so happy for them and wish them all the best.

“Hopefully we can deliver more big wins to our customers soon. It’s the best feeling!”

The Lott spokesperson Ally Ramsamy said some syndicate members held unregistered entries and might have yet to discover their exciting news.

“We know some of these division one winning syndicate members have already begun celebrating their good fortune and are kickstarting the new week knowing they have a hefty boost coming into their bank account,” she said.

“However, others are starting their working week completely obvious to their win. Previous syndicate winners have told us there’s no better cure for Mondayitis than discovering a TattsLotto win.

“If you purchased a share in a syndicate for the recent TattsLotto draw, today’s the day to check it!  If you discover you’re holding a winning share, call Tatts 131 868 to start the prize claim process!”

Across Australia, there were six division one winning entries in TattsLotto draw 4199 – two each from Victoria and Western Australia and one each from New South Wales and Queensland.

The Lott’s division one winning tally has now reached 361 so far this calendar year, including 132 won by Tatts customers.