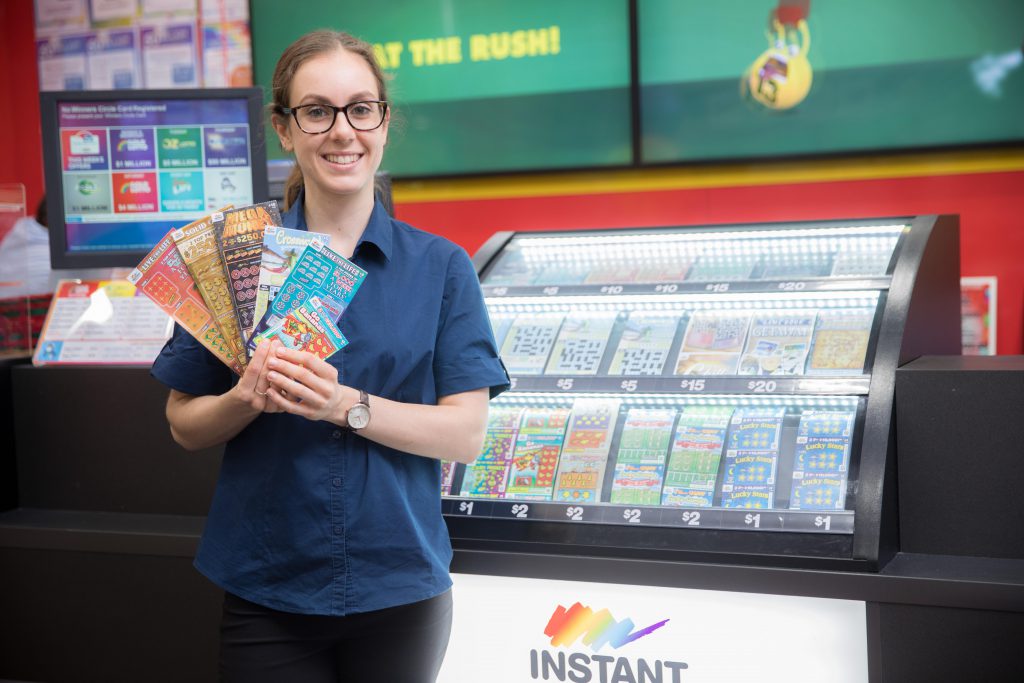 A pair of Narre Warren mates have turned their spare change into $250,000 after scratching one of the top prizes on a $10 Instant Scratch-Its ticket.

Sharing his excitement with an official from the Lott today, one half of the duo revealed the series of events that led them to purchase the winning ticket.

“I was so excited when we scratched it! I just didn’t believe it!” he exclaimed.

“My friend and I pool our money every week to buy a Powerball ticket, and whatever is left over at the end, we put towards buying an Instant Scratch-Its ticket.

“How much is left over depends if we have won anything on Powerball or the previous tickets.

“Usually we buy a $5 ticket because that’s what we have left over.

“As we were leaving the shop this time, we realised we had more left over than usual, so I turned back around and bought a $10 ticket.

“We scratched it right there in the store, and we couldn’t believe it. We’ve never won anything like this before!

“I had only said to my friend a few weeks ago ‘You hear about these winners, I wonder if the stories are true’ and now we know they are because we have won!”

When asked how he planned to share his half of the instant windfall, the thrilled winner revealed he was looking forward to being debt-free.

“I’ll use my half to pay off some bills and my personal loan,” he declared.

“Then I will be debt-free! I’ll use the rest towards saving for a house deposit.

“We haven’t been able to do anything to celebrate just yet due to the restrictions, but once we can we’ll go out for a nice meal and a few drinks or something to mark the occasion!”

“It was so exciting when they scratched the top prize in store. They started jumping up and down with excitement right here!” she exclaimed.

“It’s the first top prize we’ve ever sold, so we are absolutely thrilled.

“We’ve been telling all of our customers, and they are very excited for us too. It’s great to be able to share the good news at the moment.

“We wish our winners all the best with their win!”