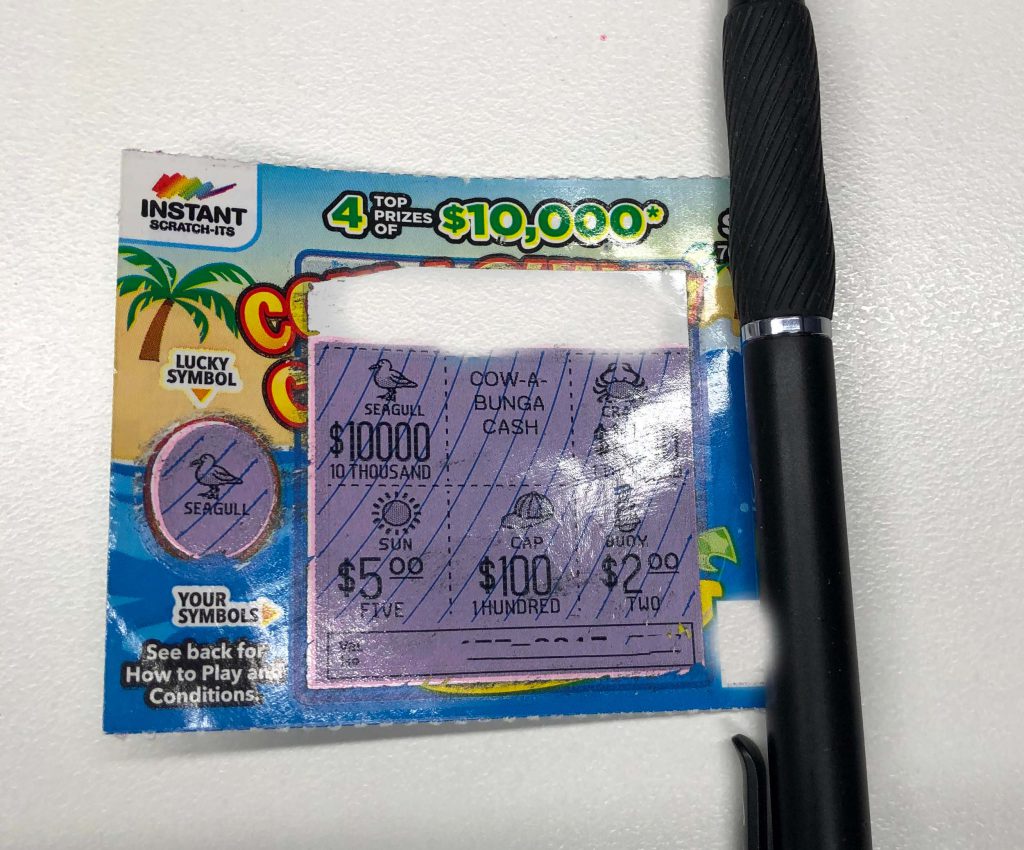 A Brookfield mum has her daughter to thank for her $10,000 Instant Scratch-Its bounty after she nearly threw out her winning ticket thinking it was a ‘dud’.

Speaking with an official from The Lott this morning, the regular scratcher revealed how her instant windfall came about.

“Oh, my goodness! I couldn’t believe it!” she laughed.

“I bought a handful of $1 Instant Scratch-Its tickets on the weekend, and I put the tickets in the side of my car.

“When my daughter and I were sitting in the doctor's waiting room, she asked if I had checked the Instant Scratch-Its tickets that I’d purchased, and I told her that they were in the car.

“She said to me, ‘Why do you keep them in the car? Did you check them?’. So, while we were waiting, I decided to get them out of the car and scratch them.

“As I was scratching the tickets, I said to her, ‘I don’t think I’ve won anything’ as I didn’t see all the numbers come up, and she said to me, ‘Why do you buy them?’.

“I thought the tickets had won nothing, and I was close to dismissing them!

“We went straight to the newsagency to confirm with the team members. She put this ticket aside, and I knew something was up.

“You always see people on the news winning on Instant Scratch-Its and lottery games, but you never expect it to happen to you.

“I’ve always wanted to be in one of those news stories, and now I am!”

When asked how she planned to enjoy $10,000, the happy Victorian had a couple of ideas on her wish list.

“It’s been over 25 years since I’ve visited my family overseas, and I think I can finally surprise them,” she said.

“I’d also love to share the prize with those in need – children that need new school equipment or animal shelters that need supplies.

The Melton Station Lotto team are thrilled for their winner and wish her all the best with her prize.

In 2021, there were 157 Instant Scratch-Its top prize winners across The Lott’s jurisdictions who collectively took home more than $10 million in top prizes.