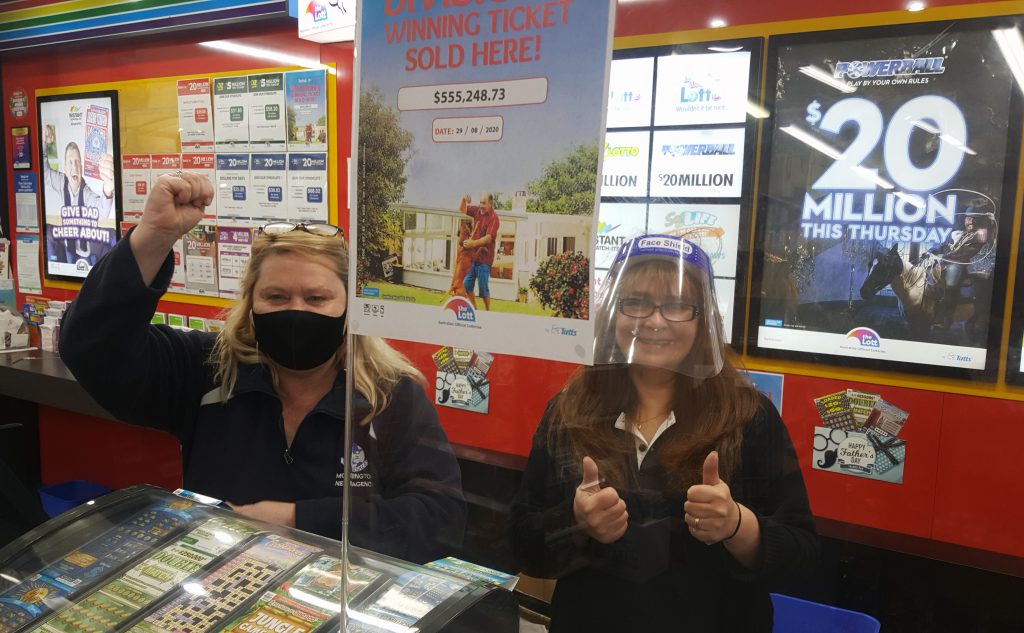 Sticking to the same set of numbers for years is the secret behind his weekend TattsLotto success, according to Mornington’s latest division one winner.

The Victorian winner held one of the nine division one winning entries nationally in TattsLotto draw 4081, drawn Saturday 29 August 2020. Each entry took home a division one prize of $555,248.73.

“I haven’t let the ticket out of my sight!” the ecstatic man explained when confirming his win with an official from the Lott this morning.

“It’s been pinned to my board. I keep looking at it. Did I get it wrong? Did I make a mistake?

“When I checked it, I was in shock! Things like this don’t really happen to me.

“I’ve been playing for 30 years and for quite a long while, I’ve been playing the same numbers. They weren’t anything special, but I just stuck with them as I couldn’t be bothered changing them. That’s what did it!

“I’m still in semi-shock. We had a celebration last night — just at home — but I still had to front up to work today.”

Amid his surprise at scoring division one, the Mornington resident has already worked out how he will use his prize.

“I’ll start by paying off the mortgage, getting a new car and helping the kids out.  Hopefully, at some point, we can travel overseas too,” he said.

‘It will also speed up my retirement plans for sure.

“It’s terrific news for our local Main Street customers. It puts a smile on everyone’s face,” he said.

“We hope our winner enjoys their prize. Take a deep breath and when COVID-19 passes, live for the moment!”

Across Australia, there were nine division one winning entries in TattsLotto draw 4081 – four from Victoria, two from New South Wales, two from Western Australia, and one from Queensland.

The Lott’s division one winning tally has now reached 267 so far this calendar year, including 106 won by Tatts customers.