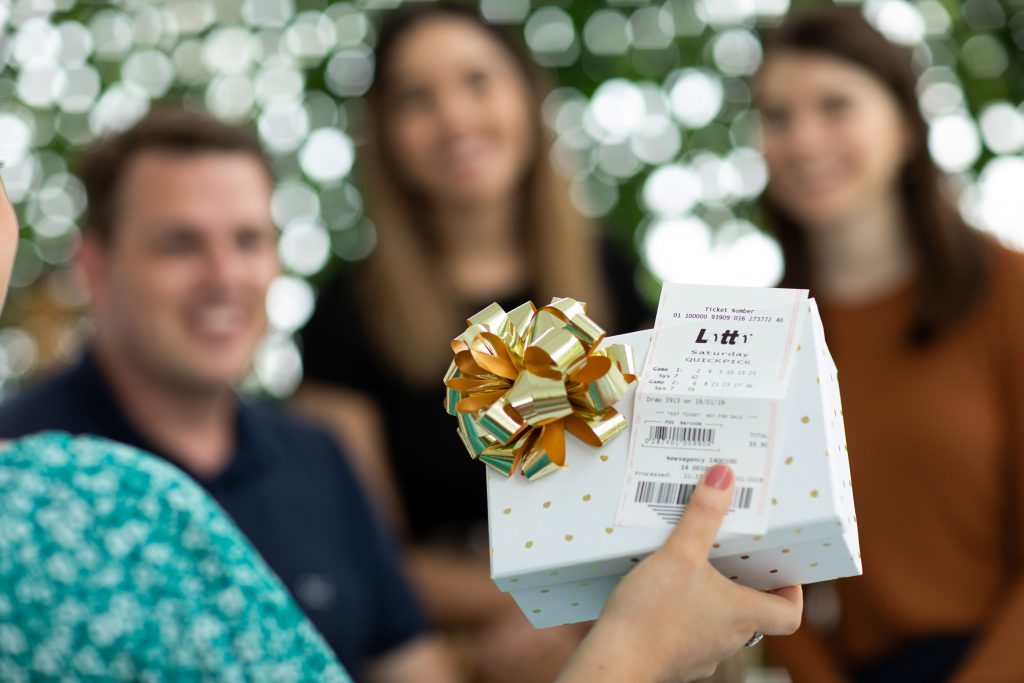 Five members of a Glen Innes family have begun making plans for how they’ll spend their share of the $2.5 million division one prize they won in the weekend’s TattsLotto draw.

The private family syndicate held one of the eight division one winning entries across Australia in TattsLotto draw 4233, drawn Saturday 12 February 2022.

“Oh, I’ve been so nervous since discovering the win!” the winning dad exclaimed when his prize was confirmed by an official from The Lott.

“I’ve been shaking like a leaf! I had to triple check that it was truly real. It’s unbelievable.

“It’s a family syndicate between the five of us, and we’ve been playing for several years. I’ll have to ring them all individually once they clock off from work. They won’t know what’s coming for them.

“We saw that the Saturday Lotto prize pool was boosted to $20 million, so we had to put an entry on. It paid off in the end! The most I’ve ever won is $500!

“We’re battlers, so this will help us tremendously. It’s a great way to kick off 2022.

“I can finally help my adult children out and pay off my house mortgage.

“We were going to have Chinese food for dinner to celebrate, but they were closed! We will have to postpone our celebrations until later in the week.

“This is life-changing. Thank you!”

Schafer’s Glen Innes Newsagency owner Guy Schafer said he was overjoyed to have sold a division one winning entry to a local customer.

“We’re in a tight-knit regional area, so we’re absolutely stoked to see that it went to one of our customers,” he said.

“We discovered the exciting news straight after the draw on Saturday night, and we’ve been thrilled ever since. We hope the winning streak continues for years to come!

“Congratulations to the winner and we wish you all the very best with your prize.”

Across Australia, there were eight division one winning entries in Saturday Lotto draw 4233 – four in Victoria, three in New South Wales and one in Western Australia.