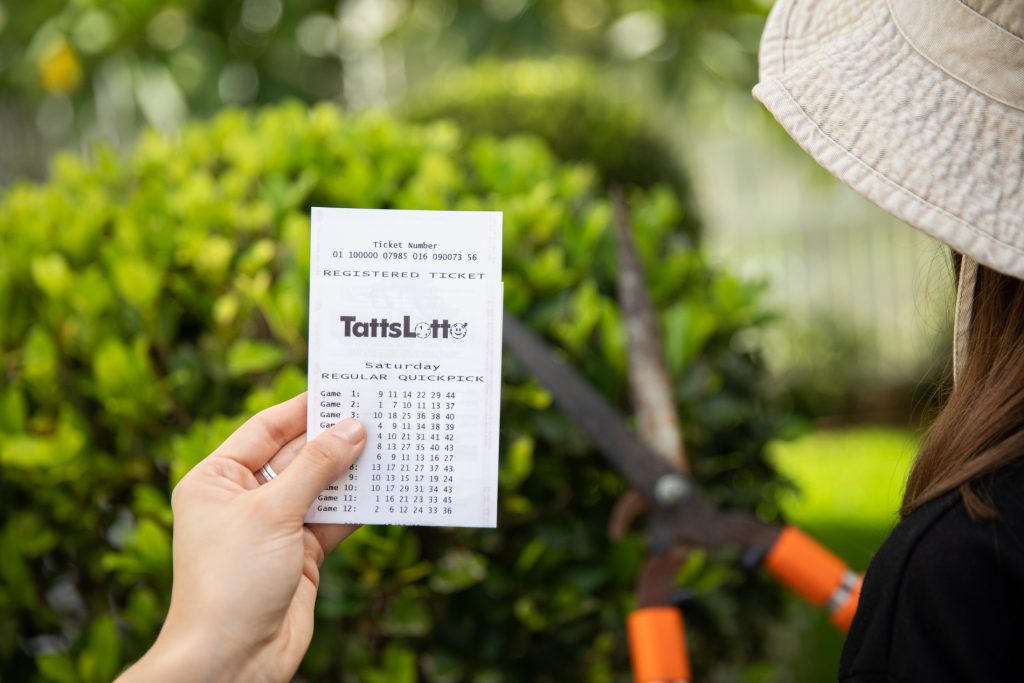 A Hampton East man has experienced a literal dream come true after scoring over $1.2 million in Saturday’s TattsLotto draw, the same night he had a vivid dream about winning the lottery.

The thrilled winner held one of the four division one winning entries nationally in TattsLotto draw 4059, drawn Saturday 13 June 2020. Each entry takes home a division one prize worth $1,223,690.37.

As well as winning the coveted division one prize, the happy man’s System 10 marked entry also scored him division three 24 times and division four 90 times, bolstering his total prize to $1,252,999.47.

Speaking to an official from the Lott this afternoon, the stoked bloke recounted how he discovered the life-changing news.

“It was quite bizarre! I had a dream on Saturday night that I had won the lottery and I used the win to help my family landscape their front garden,” he explained.

“I woke up on Sunday morning and told my wife about my dream and she asked me if I had checked my ticket. I hadn’t! I had completely forgotten about it.

“I looked up the winning numbers on the app and started circling them on my ticket. I saw that I had circled four or five numbers and I started getting excited.

“When I circled the sixth number I thought I must have had it wrong so I checked and double checked.

“That’s when I realised it was literally a dream come true!”

The happy winner revealed how he came to hold the winning numbers.

“I’ve been playing TattsLotto for many years, but I always chop and change my numbers,” he explained.

“I picked them at random but at the beginning of every year I change them. I think ‘new year, new numbers’.

“You never think you are going to win big but it’s fun to get the smaller wins here and there.

When asked whether he intended to use the windfall in the same way he had in his dream, the generous man confessed he would indeed, and was excited to help his family with their landscaping.

“I’d better stick to the original plan I made in my dream!” he laughed.

“It’s actually a bit hard to get my head around at the moment. I think I’m going to keep life as normal as possible.

“I don’t think it will sink in until I see the money is in the account. But I’ve got a bit of time to decide and I’ll make some plans down the track.

“I had a few beers to celebrate over the weekend and I think I’ll celebrate again once I see those numbers in my bank account!”

Bluff Road News @ Lotto owner Qi Jin said he was thrilled his outlet had sold another division one winning entry.

“We are thrilled one of our customers has walked away with a division one prize!” he exclaimed.

“The last time we sold one was in March 2018, so it’s great to have another one just a couple of years later.

“We’ve put posters and decorations up in the store to let all of our customers know we are a winning outlet.

“All of our customers are really happy for us! We hope we can sell many more division one winning entries in the future!”

Across Australia, there were four division one winning entries in TattsLotto draw 4059 – two from Victoria and one each from New South Wales and Queensland.

The Lott’s division one winning tally has now reached 163 so far this calendar year, including 60 won by Tatts customers.