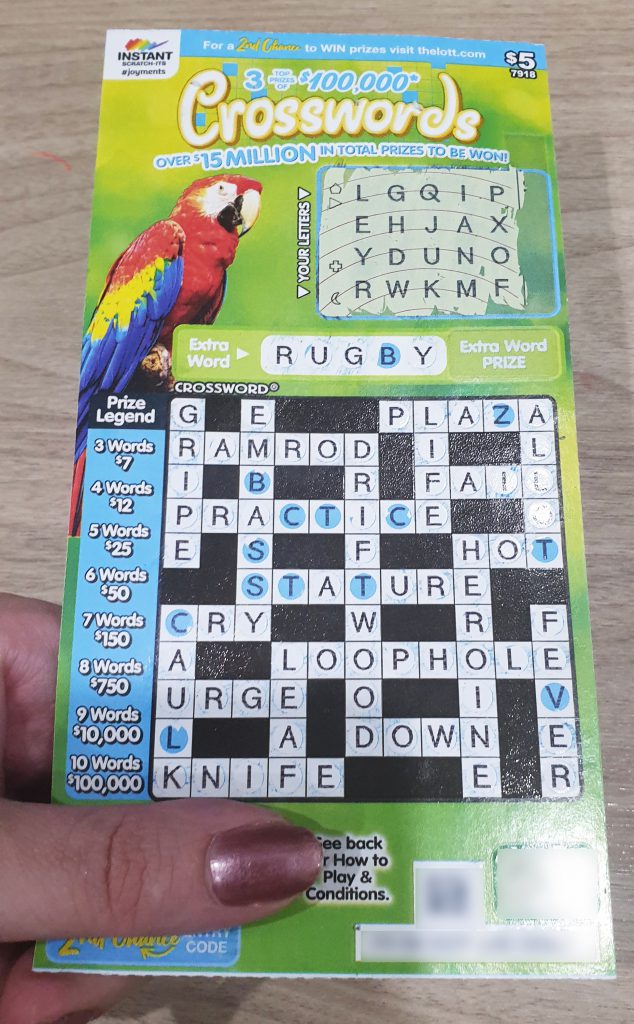 Logan man reels in $100,000 Instant Scratch-Its win Home renos at top of the wishlist for Glenorchy woman after $25,000 win

A Kaleen woman said she was overwhelmed with a feeling of excitement and joy when she scratched an Instant Scratch-Its ticket and discovered she was suddenly $100,000 richer.

Sharing her win with an official from The Lott this afternoon, the Canberra resident said she was still reeling from the discovery.

“I can’t believe it!” she exclaimed.

“I bought the ticket and scratched it straight away, like I always do.

“I was standing there in the newsagency and I just couldn’t believe it.

“I felt so excited and so much joy. It was an amazing feeling!”

When asked how she planned to enjoy her instant windfall, the woman explained she was still making plans.

“I’m waiting for the news to sink in before I decide anything,” she explained.

“I haven’t decided just yet, but I am sure it will help me in so many ways!”

“It’s so great to see this prize go to a local and regular customer,” she said.

“This is the first top prize winning ticket we’ve sold in a little while so we hope it’s a sign of more to come.

“Congratulations to her! I hope she really enjoys her prize!”