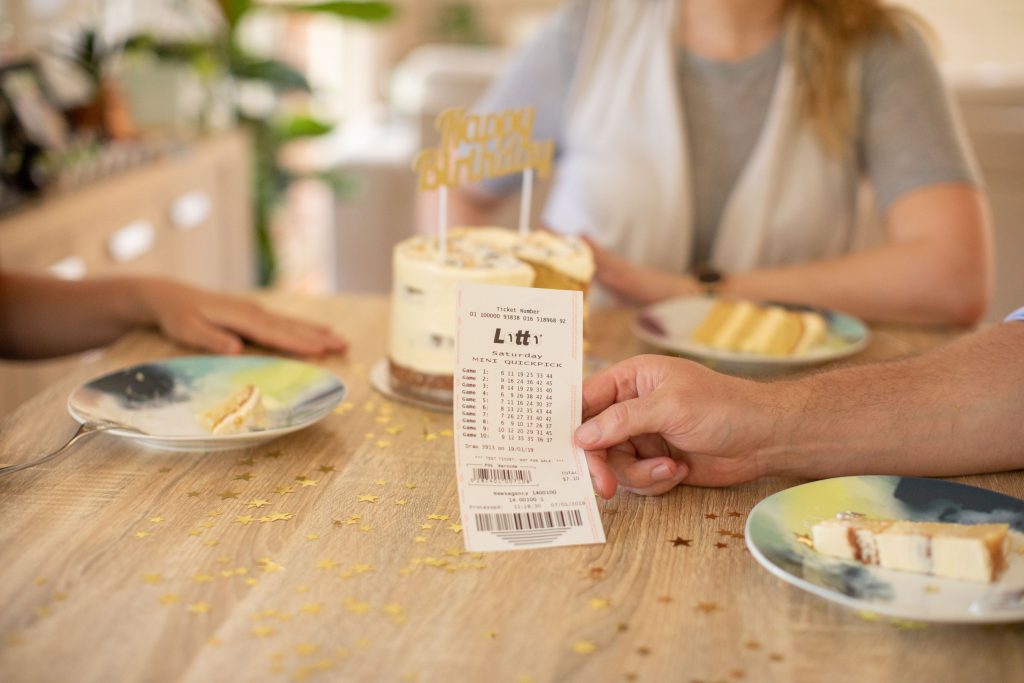 As the winning ticket was unregistered, officials from The Lott had no way of contacting the ticketholder to inform them of their million-dollar win and had to wait for the winner to come forward.

“I’m really good now that I’ve won $1.4 million. -my god!” the winning woman cheered when an official from The Lott confirmed the incredible news.

“I’ve been crying! This day couldn’t get any better.

“I’ve played the same numbers for many years.

“They were just random numbers that I’ve continued to play.

“I’m not too sure why I chose those numbers, but they’ve obviously worked in my favour!

“When I checked my ticket at the outlet, the team member very quietly and calmly took me to a private room to confirm the win.

“My birthday is coming up, so I might kick my heels up and celebrate on my birthday!

Macksville Newsagency owners Shirley and Joe Welsh said that they were over-the-moon to hear their division one winner had discovered their life-changing windfall.

“We’re so happy to see the division one win go to a local winner, and we’re so happy for the Macksville community,” she said.

“This win was a long time coming for our community and store, and we couldn’t be happier. It’s been four years since we last sold a division one win. This is the start to a winning streak!

“Congratulations to our division one winner and we wish you all the best with your prize.”

Across Australia, there were seven division one winning entries in Saturday Lotto draw 4293 – three in New South Wales, two in Western Australia and one each in Queensland and Victoria.

The Lott’s division one winning tally has now reached 305 so far this calendar year, including 84 won by NSW Lotteries customers.

During this time, there were 324 division one winning in Saturday Lotto entries across Australia that collectively won more than $461.69 million.