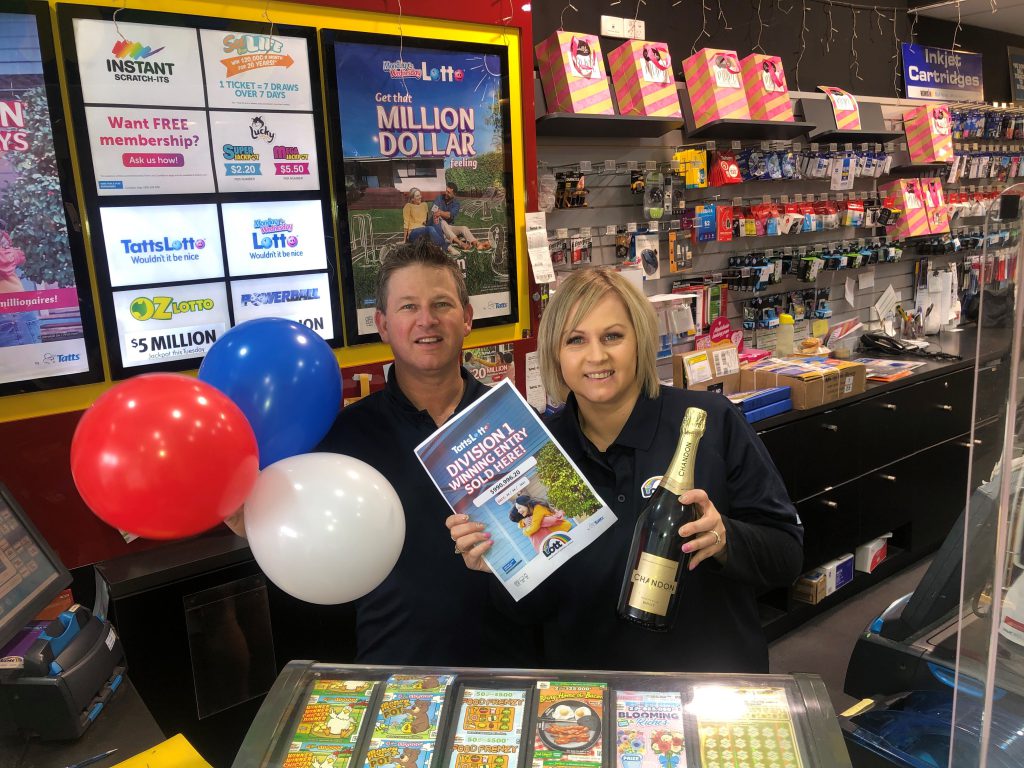 A Morwell man’s long-held dream of owning his own sports stadium has now become a reality after winning division one in the weekend’s TattsLotto draw.

As well as winning the division one prize, the ecstatic winner also scored division three 12 times and division four 15 times, boosting his total windfall to $1,003,112.30.

Speaking with an official from The Lott this morning, the Victorian player said he felt like he was walking on air after making his million-dollar discovery yesterday.

“I am still alive!” he laughed.

“I found out yesterday around lunch time. I always check the winning numbers in the paper on a Sunday morning but for some reason I didn’t this time.

“So it wasn’t until I went to buy my ticket for the next Saturday Lotto draw, that I realised I won.

“I had to check the ticket about one hundred times!

“I was pacing up and down, and my heart felt like it was about to pound through my chest!

“I was screaming on the inside! I just can’t believe it.

“I can’t wait to celebrate. I am going to have to buy you a drink to say thanks!”

When asked how he planned to enjoy his million-dollar prize, the elated winner said there was one thing he’d always dreamt of doing if he ever won the lottery.

“Well, ever since I was young, I have always dreamt of owning my own sports stadium,” he admitted.

“So I am going to look into putting some of my prize towards a stadium. I am going to see a financial advisor as well, but that’s the plan.

“I will also donate some to a charity that I am passionate about.”

Morwell Lottery Centre owner Ray Burgess said he was delighted to have made one of his customers a division one winner.

“Isn’t it sensational!” he said.

“We’ll certainly be promoting this win and we will put up some balloons and signs.

“Everyone is going to be so excited when they hear!

“It’s always great when one of our customers wins the big one.

“This is the third division one win we have had since we took over ownership.

“We would love to send our congratulations to our winner. We hope this fantastic win helps you realise your dreams.

“Let’s hope we have some more division one wins soon! You’ve got to be in it to win it and you just never know when that will happen.”

Across Australia, there were five division one winning entries in TattsLotto draw 4147 – three from Queensland and one each from Victoria, South Australia and Western Australia.

The Lott’s division one winning tally has now reached 347 so far this financial year, including 136 won by Tatts customers.