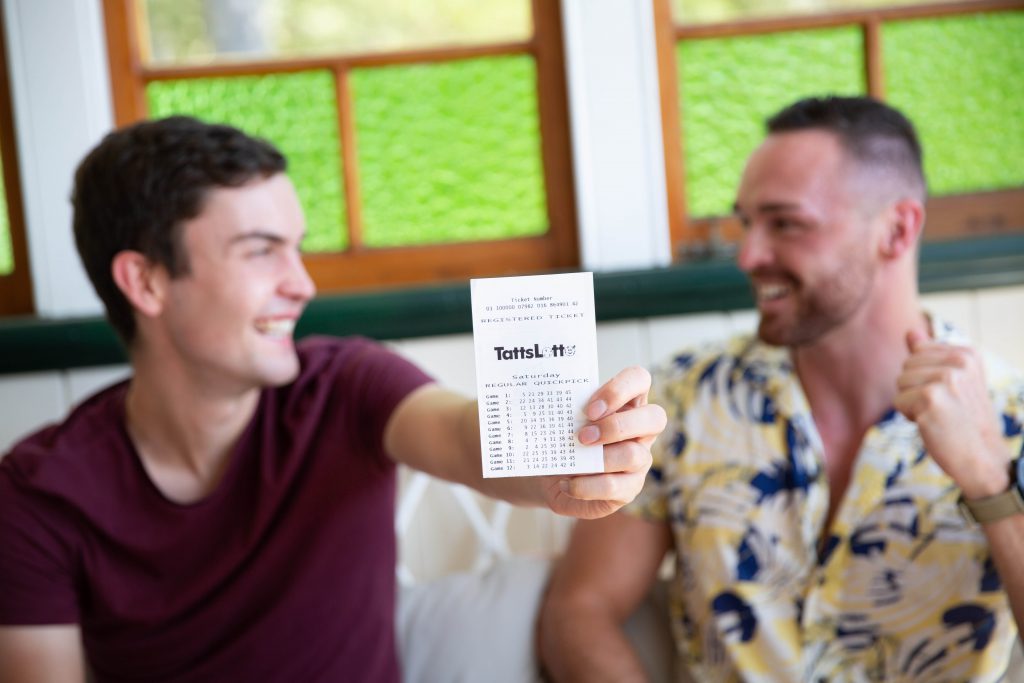 $1.3 million TattsLotto win to set Glen Waverley man up for life after retirement Check your TattsLotto tickets, Wheelers Hill! There’s a millionaire on the loose!

It was a winning weekend for two southeast Melbourne players who are toasting to their lottery success after they each won more than $587,000 in TattsLotto.

There have been 29 division one wins in southeast Melbourne so far in 2021 worth more than $47.4 million.

Two Frankston friends finally had their dreams of winning the lottery become a reality this week when their private syndicate scored more than $587,000 in TattsLotto.

An official from The Lott called the private syndicate leader this morning, who relayed the incredible moment he discovered their lives had changed forever.

“I found out on Sunday morning after I’d received an email from The Lott notifying me of a big win. I couldn’t believe it!

“I checked it time and time again. I checked it on your app and your website, and then I re-watched the draw online too.

“I showed my wife and made her double-check it too. She said, ‘Well, it looks real, but it seems too good to be true!’.

“This is actually a private syndicate with my friend. As soon as the news had sunk in, we drove straight to his house to break the news to his family.

“They were stunned when we told them. We’ve been dreaming of this moment for years!

“It still feels like a dream! It’s a dream come true.

“One thing’s for sure, we will definitely help the kids. The rest we will use to enjoy our retirement.”

Towerhill Lotto owner Alan Anderson said his entire team was ecstatic to have sold another division one winning entry.

“We would love to send a big congratulations to our winner, especially after the tough 12 months we’ve all had.

“This is what our business is all about, making dreams come true! It’s fantastic to know we’ve done that again.”

Pair of new slippers at the top of the list for Dandenong TattsLotto winner!

A new pair of slippers might not be everyone’s dream, but for one Dandenong man, it’s at the top of his wish list after winning division one in the weekend’s TattsLotto draw.

When an official from The Lott called the Victorian this morning, he was waiting patiently by the phone to have his winning news confirmed.

“I’m much better now I am talking to you,” he laughed.

“I’ve been waiting for your call. This is so exciting!

“Usually, I wouldn’t answer the phone if an unknown number was calling, but this time, I thought I’d make an exception.

“I found out late Saturday night while I was sitting on the couch watching TV. I quickly checked the ticket before I went to bed.

“When I logged in, I saw I’d won division one, but it took me so long to register what I was seeing.

“I kept thinking, ‘Is this for real? Am I reading this right? Is this just a dream?’. I was shocked, completely stunned.

“I went to bed after that, but I had a terribly restless sleep. Every time I woke up, I thought it was all a dream. So, I kept checking my online account to make sure it was real, and then I’d get all excited all over again.

“I could really use some new slippers. I am looking at my feet now, and they’re falling apart,” he laughed.

“It’d be nice to get another car. It won’t be a new one, but it’ll be a good second hand one.

“There are a few small things around the house we’d like to do, and we’ll help out our kids too.”

His winning 36-game QuickPick entry was purchased at thelott.com – the official home of Australia’s lotteries.

Across Australia, there were 10 division one winning entries in TattsLotto draw 4213 – four from Victoria, three from Western Australia, two from Queensland and one from New South Wales.

The Lott’s division one winning tally has now reached 199 so far this financial year, including 72 won by Tatts customers.

$1.3 million TattsLotto win to set Glen Waverley man up for life after retirement Check your TattsLotto tickets, Wheelers Hill! There’s a millionaire on the loose!